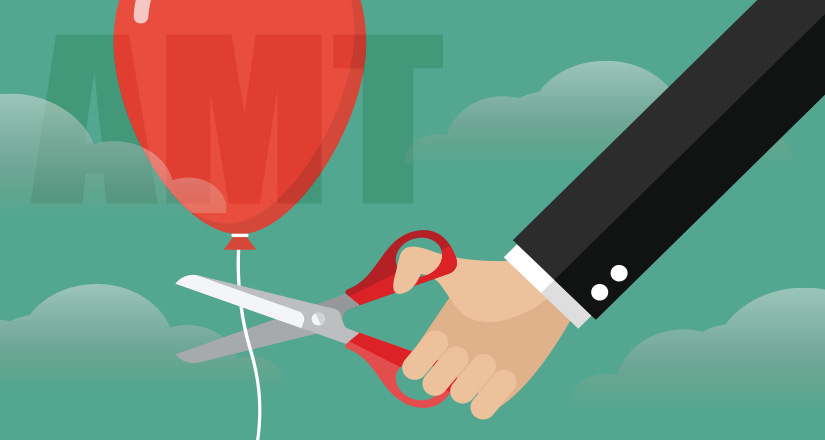 President Donald Trump has recently announced some sweeping tax reform proposals that involve rate cuts for individual and businesses as well as many other changes to our current tax systems.

One of the major changes under this proposal would be to repeal the Alternative Minimum Tax (AMT). This has been proposed before, as many argue that this creates tax liabilities on taxpayers that it was originally not intended to impact.

The remainder of this article will focus on what AMT is and how it operates.

What is AMT and How Does it Work?


The tax law gives special treatment to certain kinds of income and allows special deductions for certain kinds of expenses. The AMT was designed to increase the tax bill of taxpayers who take undue advantage of these tax benefits to avoid significant tax liability. The spirit of AMT was originally to target taxpayers with large deductions that eliminate most of their regular tax liability.

In reality, these circumstances usually involve wealthy taxpayers, living on investment income, and having large deductions like real estate taxes or other miscellaneous itemized deductions.

The basic mechanism by which the AMT accomplishes its objective is by treating certain items less favorably than they are treated for purposes of the regular tax. These items are referred to as "tax preferences" or "adjustments."

Adjustments differ from preferences only in that adjustments involve a substitution of a special AMT treatment of an item for the regular tax treatment (for example, no deduction is allowed for personal and dependency exemptions), while a preference generally involves the addition of the difference between the special AMT treatment and the regular tax treatment (for example, depletion is limited to the adjusted basis of the property).

The AMT starts with your regular taxable income and, in general, makes you "give back" the tax preferences and adjustments until you arrive at "alternative minimum taxable income" (AMTI).

For married taxpayers who file separately, the rate changes at $93,900 in 2017 ($93,150 in 2016). However, the AMT rates for long-term capital gains, as well as dividends that qualify to be taxed at long-term capital gain rates, are the same favorable rates that apply for regular tax purposes.

You may be subjected to AMT even if you have no tax preferences. For example, if you have a large family, elimination of the personal and dependency exemptions to which you're entitled for regular tax purposes may cause you to be subject to the AMT.

The following are some of the more common adjustments or preferences required to arrive at AMTI:

How Would a Repeal Affect My Taxes?

The problem for most taxpayers that are paying AMT is that the chances of them ever really getting away from it are minimal until their income and other personal circumstances dramatically change. Many deductions that normally benefit non-AMT taxpayers provide nothing to those in AMT and limits planning opportunities.

If the AMT were to be repealed, those in AMT could see immediate benefit from deductions or tax exempt income that they have not received in years. However, other changes to deductions and rate changes will also come into play to determine how the overall tax picture would change.

The best way to approach this is to be proactive and meet with your tax advisor. Running projections, analyzing deductions, and planning for life with and without AMT should be considered for 2017 and 2018 so taxpayers can react appropriately depending on how the legislation changes our current tax laws.

Download Article
This is an HBK Tax Advisory Group publication.
About the Author(s)
Nick is a Principal in the Youngstown, Ohio office of HBK CPAs & Consultants. He is a member of the HBK Tax Advisory Group and has experience with individual, partnerships and corporate tax compliance and research issues. Nick is also involved in evaluating and assisting with tax software implementation and administration. He is involved in internal staff training and is active in firm sponsored continuing education efforts. Nick provides support to the entire firm regarding federal, state and local tax issues.
Hill, Barth & King LLC has prepared this material for informational purposes only. Any tax advice contained in this communication (including any attachments) is not intended or written to be used, and cannot be used, for the purpose of (i) avoiding penalties under the Internal Revenue Code or under any state or local tax law or (ii) promoting, marketing or recommending to another party any transaction or matter addressed herein. Please do not hesitate to contact us if you have any questions regarding the matter.