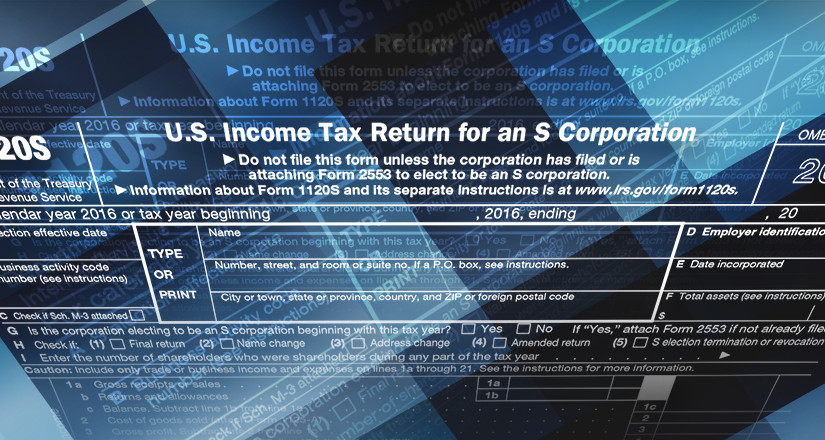 WHAT IS AN S CORPORATION?

S Corporations are “flow-through” tax entities, meaning income, deductions, credits and other activity are allocated to shareholders to be reported on their individual tax returns. When shareholders are allocated losses from an S Corporation they can use the losses to offset income from other sources — if the losses pass three tests, the first two of which, “stock basis” and “at-risk” limitation rules, are the subject of this article. Both are based on how the loss was funded.

A shareholder’s initial stock basis is determined by how they acquire their interest in the S Corporation: the money and other property a shareholder contributes to start the corporation or the amount paid to purchase shares in the corporation. If S Corporation shares are gifted, the recipient is also gifted the donor’s basis in the shares. The basis of inherited shares is adjusted to the fair market value at time of the decedent’s death.

To deduct an S Corporation loss, the taxpayer must also be sufficiently at risk. Simply stated, a shareholder’s amount at risk is the extent to which they have dipped into their own pocket to fund operations. In a partnership, partner tax basis includes their share of the partnership debt, including loans from third parties and banks. This often results in differences between partner basis and at-risk basis because the partners have basis for partnership debt but are not at risk. In an S Corporation stock basis and at-risk basis are often the same because shareholders typically do not receive stock basis for their share of S Corporation debt. There is one significant exception: an S Corporation shareholder’s basis includes money loaned by the shareholder to the corporation.

If you are a shareholder in an S Corporation that has incurred a loss during the tax year, and you pass the stock basis and at-risk tests, you’re two-thirds of the way home in terms of being able to deduct your losses.

This is the first in a series. Read Can You Deduct Your S Corporation Losses? Passive Activity Loss Rule